We would like to offer our sincere support to anyone coping with grief. Enter your email below for our complimentary daily grief messages. Messages run for up to one year and you can stop at any time. Your email will not be used for any other purpose.

Share a memory
Obituary & Services
Tribute Wall
Read more about the life story of Thomas and share your memory.

Thomas Murry Leach transitioned on December 25, 2022 at his residence in High Point, North Carolina. He was a native and former resident of the East Pines Community of Lumberton, North Carolina, two blocks from the former historic Redstone Academy founded in the early 1900's by the late Dr. John H. Hayswood. He attended and was a graduate of J.H. Hayswood High School where he played quarterback on the football team and also was a pitcher and first baseman on the baseball team for four years. Leach attended Johnson C. Smith University and Pembroke State University and earned a bachelor of science degree in sociology. He further his education at N.C. A&T State University where he received a masters in educational counseling. In later years he would receive a master's in ministry from The Carolina University of Theology. In 1975 he was appointed Director of The Student Union at Winston Salem State University where he retired in the year 2000. He served as pastor at Mocksville Presbyterian Church from 1999 to 2008. Final rites where held on Saturday January 14, 2023 at Bethany Presbyterian Church in Lumberton, North Carolina. Loving memories are left with his wife for 63 years Sylvia Ann Leach, children, Lanny Leach (Sheryl), Sharon Thomas and Nino Leach, three siblings, Ernest Leach Jr. (Ella), Roslyn Simmons (J.R.), Donald G. Leach, numerous grandchildren and great grandchildren, nieces, nephews, cousins, and the brothers of Omega Psi Phi Fraternity.

To send flowers to the family or plant a tree in memory of Thomas Murry Leach, please visit our floral store. 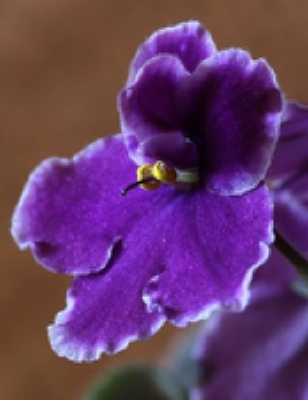 In Loving Memory Of

Look inside to read what others
have shared
Family and friends are coming together online to create a special keepsake. Every memory left on the online obituary will be automatically included in the book.

In Loving Memory Of

Look inside to read what others have shared

Family and friends are coming together online to create a special keepsake. Every memory left on the online obituary will be automatically included in the book.

You can still show your support by sending flowers directly to the family, or by planting a memorial tree in the memory of Thomas Murry Leach
SHARE OBITUARY
© 2023 McMillan Funeral Home. All Rights Reserved. Funeral Home website by CFS & TA | Terms of Use | Privacy Policy | Accessibility